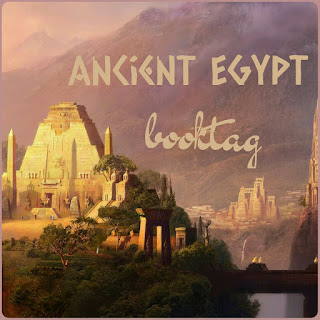 I am a huge fan of ancient Egypt!! I love everything about this culture and I love reading books referring to ancient Egypt or taking part there!!!

So... I created the ancient Egypt book-tag where I'll show you all these books that I have!! 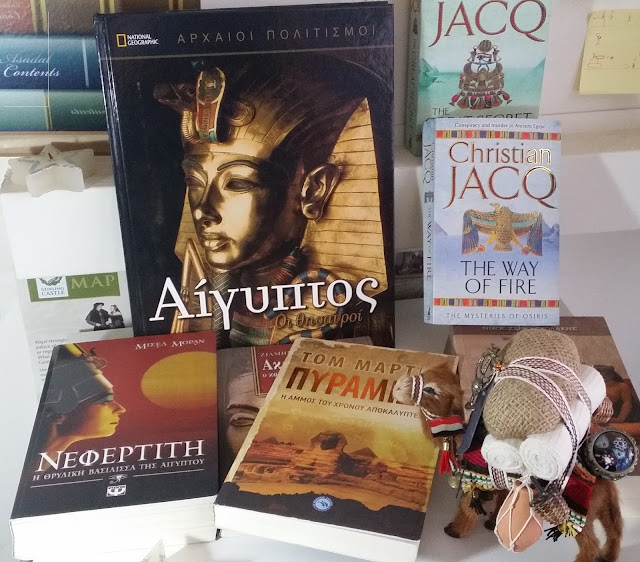 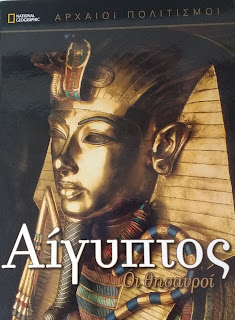 This is an amazing book with extraordinary photos about Egypt. It contains a lot of information about Nile and the culture of ancient Egypt, pyramids, myths and stories of the most famous Pharaohs and how they chased immortality. If you are an Egypt-lover too this is a must-have piece for your bookshelf!

This one is the greek edition so it will propably look strange to most of you but go check the edition available in your country!!
You'll love it!! 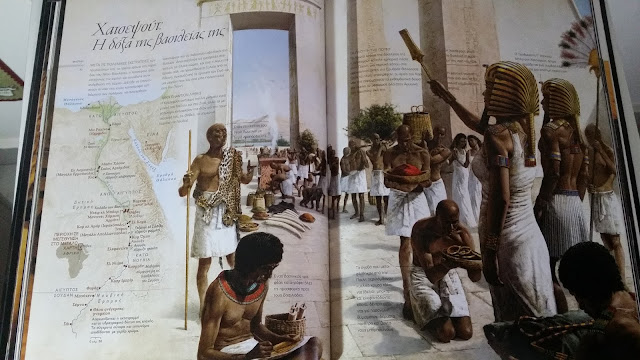 2. The Way Of Fire and The Great Secret by Christian Jacq 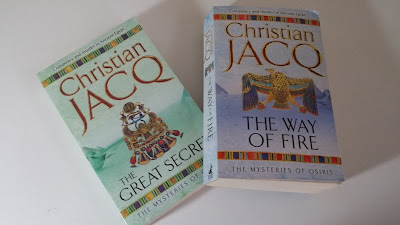 These are the two last books of a four book-series called "The Mysteries Of Osiris". I accidentally bought the third book of the series, so I haven't read the first too but I really LOVED these books!! They are fantasy books that take place in ancient Egypt and the storyline is really interesting! It is a combination of history, romance and adventure!

There is this tree, an acacia, grown in the tomb of god Osiris,a proof of his win over death and a guarantee of happiness on earth. When it starts withering that means that there is a conspiracy trying to both kill Osiris for the last time and destroy Egypt. Iker, a young apprentice scribe, is fighting to prevent this evil as the beautiful priestess Isis each giving their own fights for the greater good!
It is a fully absorbing series and even though many years have passed since I read these books I still remember the agony and anticipation I felt during their adventures!

Summary from Goodreads: An eminent Oxford professor is murdered—but the authorities are calling it a suicide. Beautiful young don Catherine Donovan refuses to believe the official verdict, especially after she receives a cryptic note sent just before the professor's death, along with a collection of priceless antique maps. Teaming up with classicist James Rutherford, she embarks on a journey which takes them from the dreaming spires of Oxford to the ancient wonders of Peru and Egypt. With a deeply sinister organization determined to stop them, can Catherine and James unlock the mystery of the ancients before they become the killers' next victims? And can it really be possible that these clues are warning of an imminent cataclysm—one that puts even more than their lives in peril?

I was lucky that the greek edition of this book had this AMAZING book-cover!!! It is also one of my FAVORITE books about Egypt and I totally recommend it especially to those who also love historical fiction books!!!
The story is about Nefertiti as seen by her little sister Mutnodjmet (who can pronounce this name? - what parent even in these times would name her daughter like that??? hahaha).
This book follows their lives from when they are little girls, to when Mutnodjmet's sister marries the heretic pharaoh Amunhotep (later named Akhenaton) and all the changes that occurred in Egypt during their reign. Nefertiti was popular and beloved by the people, born to be a queen. Mutnodjmet never shared her sister's desire for power. The only thing she wants is to live a happy life with the general she loves away from court. But as Nefertiti gives birth to only daughters and many are afraid of the political changes this might bring, she orders her little sister to live with her and marry for political gain, not love. It's such an amazing book and the two female characters are so well developed! OMG!! I LOVE THIS BOOK SO MUCH!!!!! 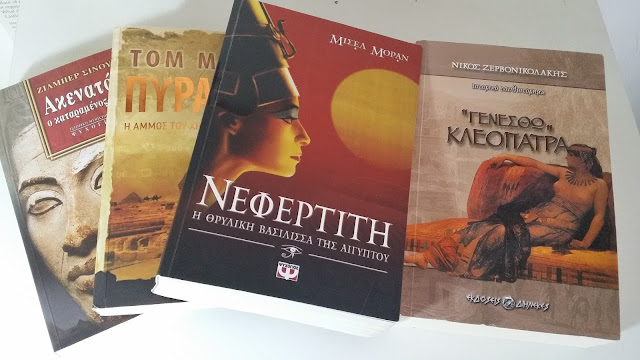 Also historical fiction. In this book a young egyptologist and a professor discover the letters between two friends who live in the kingdom of Egypt in the times of Pharaoh Akhenaton. In these letters  a new world unfolds! The world Akhenaton created believing in one god , among with his beautifil wife Nefertiti. It makes you wonder if he was just a crazy heretic pharaoh or a truly visualizer!

This is a greek book by a greek author. I don't know if it is translated in other languages and if it is or if you know greek I recommend it!! It follows the life of Cleopatra form the days she was a little girl, loved by her fother more her siblings, since she became a Pharaoh at a young age! Totally a nice read!!I love this book and I hope they will translate it to many more languages!!!


So... that was my ancient Egypt book tag! And I tag all of you to show me your book choices!! Tell me which books you read and tag #ancientegyptbooktag so that I can see them! Or simply comment below!!!
Bye!!!!
#ancientegyptbooktag #booklover #bookreview #booktag #healthymind Healthy Mind Posts
Location: Athens, Greece 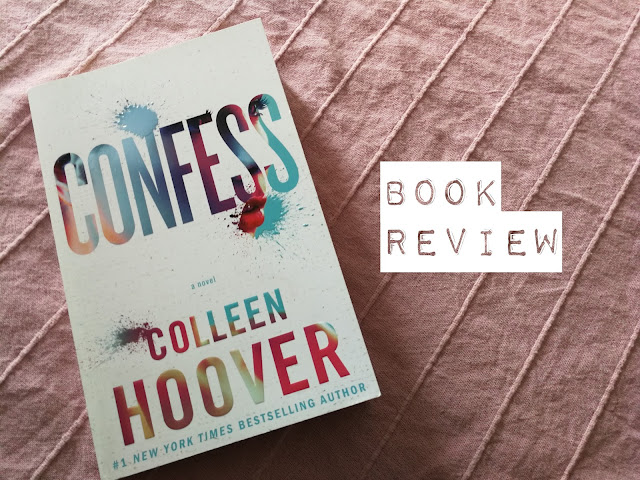 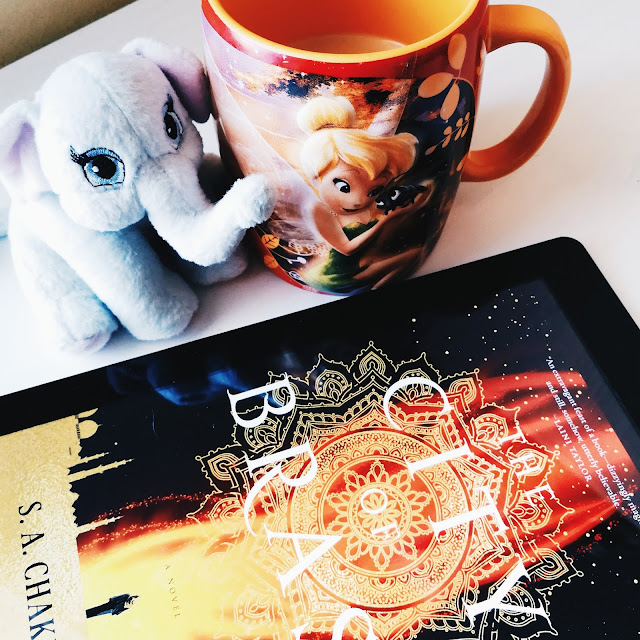